I haven’t written in my blog about our apartment search because we found an apartment, but didn’t want to jinx it by talking about it. We’ve given our deposit for the apartment so I guess there’s no turning back.

Right now we are staying at a place called Sharq, which is near the water. As much as we loved this area, we just couldn’t find an available apartment at a reasonable price. Or if we did find something there were none available. All the good ones are taken and nobody will move out! Also, we decided being close to the office would be the best thing for us right now. We found a villa that was being built and they were renting out rooms in it. So we picked one of the apartments in it and I think it will be a good place. Our place is a 3 bedroom 2 bath with a maids room and kitchen and living room. Once we move in I will take pictures and upload it.

Right now our only problem is the haris,caretaker, of the apartments. When we first visited he told us that we should pay him 100KD instead of giving it to the real estate agent. After our first visit the Kuwaiti who owns the apartment called and specifically said if the haris asks for money do not give him anything because I pay him a salary every month. So the day we gave our deposit the haris spoke in Hindi to our aunt and said don’t forget to give me my money. She responded saying, your Kuwaiti said do not give you anything because you have your monthly salary. So haris asked the Kuwaiti about this and the Kuwaiti just told us to have a great day and told the haris that he should just leave it. So we had to go back and meet the Kuwaiti another day at the apartment, and the haris was there, and he was giving us the cut eye. I thought maybe we were imagining it, but when we went to the apartment last week to get the receipt for our deposit the haris was outside again talking to the Kuwaiti and he was staring us down with so much anger in his eyes.

I am not sure what to do about this situation. The haris is demanding the money, and we don’t know if we should give it to him or not. I don’t think it’s fair to give it to him because he has done nothing to help us out, but then I think he is making very little money and I am sure this will help him out. But I did not like his attitude at all. He needs to realize that money does not come down from trees and just like him we work hard for the 100KD also. Even though I say all this, I do not want this guy to do anything after we move in. I have heard lots of stories of haris’ making the tenants life very difficult and being troublesome. So right now we are not sure what to do. I am thinking that we should give him the money and have him leave us alone, but I don’t want him to come back to us and ask for more money later. Not sure what to do.

The other day I was reading Kuwait Times newspaper online, and there was an article called “Harassed by the Haris”.

Here’s the article regarding the haris- http://news.kuwaittimes.net/harassed-by-the-haris-majority-of-tenants-not-happy-with-their-haris-es/

KUWAIT: Haris or watchman is not a very popular concept in the West while it’s a must in Kuwait in each residential building. Tenants have different opinions about the haris of their building, and for some he represents a control freak or a dictator with enough power to control their life. ‘Haris is the new landlord’ was the expression of 43-year-old Fadi describing the situation of the haris of their building, who is an Arab national.

“Every month I have to pay him KD 10 or KD 5 for cleaning the car and again KD 5 for picking the garbage. If I refuse, I will get into trouble. For instance, he deliberately damaged the AC and then fixed it, but I can’t accuse him as I didn’t see him doing it. Even if I am on vacation and won’t require his services, I still have to pay KD 10 and if I don’t, he will create a problem” said Fadi,a tenant living in Salmiya.

According to Fadi, if a flat is rented recently, the haris demands a commission between KD 100 and 150. “When I rented a flat for my dad, the haris forced me to pay KD 100 to reserve the flat for me. The owner only collects the rent and doesn’t care what the haris does. The haris is exploiting us and becoming rich in the bargain. He gets KD 740 from the tenants every month, apart from his salary as there are 74 flats in our building.

He bought the baqala in our area and he even borrowed KD 5,000 from our neighbor last year. When the old owner sold the building the new landlord fired the greedy haris, he soon came back by using his dirty tricks. Now he is renting two flats in the building, one for his brother and for himself. He is not doing the jobs himself as has instead employed two Asians to clean the cars, buildings and take out the garbage,” he added.

“There is only one solution to get rid of this terror. All the tenants should get together and sign a petition that we don’t want this haris, though I can’t guarantee all the tenants will sign. We suffer and the owners don’t even know about it,” concluded Fadi. Another tenant in Salmiya said the haris is demanding additional payment which is not mentioned in the contract. “We’re paying him KD 20 for washing three cars and throwing the garbage.

I can’t refuse his service otherwise I will get into trouble and may be forced to leave the building. In fact this phenomenon started in the middle of the 90s when I lived in the old building in Farwaniya and we had to throw the garbage ourselves. When we moved to a new building, this service was available for an additional fee. Soon all the buildings started doing this and the worst part is that not only is it mandatory but also even if someone doesn’t have a car, he still has to pay the KD 5.

The Asian haris is much better. “Our haris is Indian and I never faced problems with him. He does the job of a plumber, electrician and haris, all at the same time. I only pay him KD 5 to clean my car and he collects my garbage for free. We’ve never had any problems with him and I think I’m lucky,” said Osama, a 50-year-old man in Hawally.

Benjie, a 38-year-old tenant is not complaining about his Arab haris – only because he doesn’t want any problems. “I’m sharing the apartment with two other roommates and none of us have a car but still have to pay KD 10, whereas in other buildings, they pay only KD 5. The owner pays for maintenance except for the water heater which I had to buy myself,” he said.

Majdi living in Maidan Hawally complained about his greedy haris as well. “I have to pay for everything! I pay him KD 10 to collect the garbage and wash the car but he’s still unhappy and wants more. When I moved from a bigger apartment to a smaller one in the same building, he demanded KD 100 as commission. He also exploits the parking lot and rents it out to tenants from the opposite building,” he complained.

30-year-old Samar living with a roommate in Salmiya is glad to have a new haris as the old one was rude and inconsiderate. “The previous haris was rude especially because I’m a woman expat. I have been living there for seven years but when I first came, all the services were free and even when the boiler was changed three times, he asked money for it only later. He also used to rent flats to single guys which spoiled the reputation of the building. Thank God the new haris is much better. The maintenance is free again, and even when I’m late in paying the rent, he doesn’t threaten us that he’ll cut the electricity like the previous haris,” she stated.

Abdo from a real estate company that is managing some properties in Salwa area noted that the haris is responsible for the condition of the building including guarding and cleaning the building. “We are not responsible for what the haris demands if he is providing a service for this payment. So for instance, collecting and throwing the garbage is not provided by us, and if the tenant demands this service he has to pay for it, and the same thing applies for washing the car. Regarding the maintenance, we maintain everything in the flat before renting it, afterwards the tenant has to pay for any extra maintenance except the AC, electricity and water,” he pointed out.

Some landlords are strict. “I didn’t receive any complaint from the tenants about the haris, but if I did, I would immediately fire and deport him. The haris used to collect the rent, but some problems happened in payments so I asked the tenants to transfer the rental online in the first week of the month. Then the haris distributes the receipt on 6th or 7th . The haris cleans the car for money and removes the garbage as well and if they want additional services, they should pay for it. I didn’t receive any complaint from the tenants,” noted Saleh who owns 48 flats in Salmiya.

View all posts by Jeena 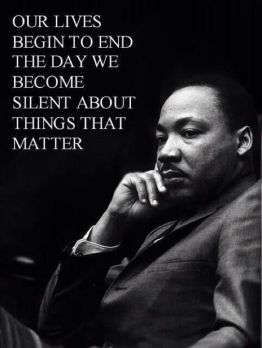